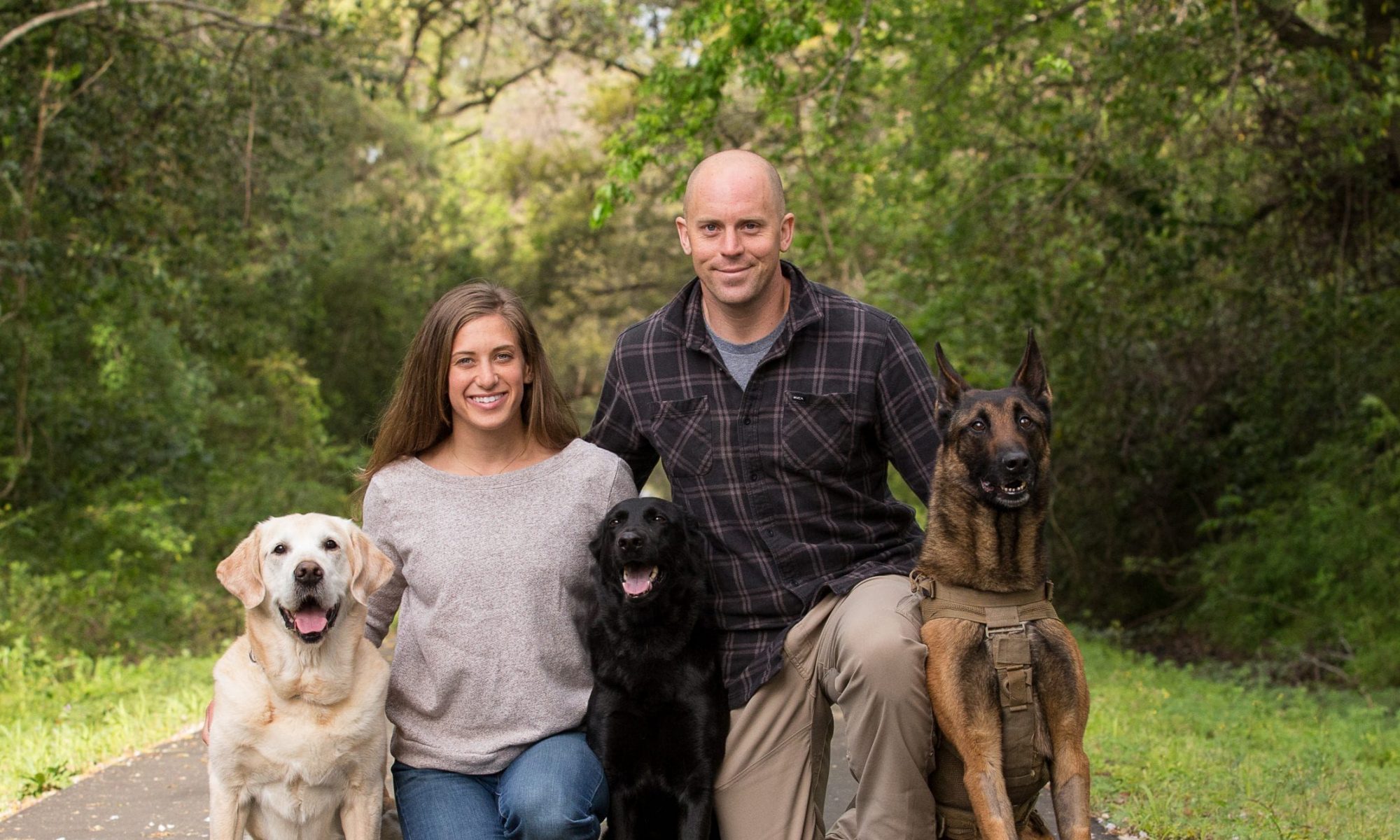 Tara was fortunate to work with dogs at a young age. She raised a Future Leader Dog for the Blind, Franklin, as a senior project in High School, where she started learning canine training and properly socialize dogs. Tara graduated with a Bachelor of Arts degree in Psychology with a heavy influence in animal behavior and a minor in Sociology. After college, Tara moved to South Carolina. She worked with Georgia K9, NTC, where she trained tracking/trailing dogs for law enforcement and military. Tara also learned multiple disciplines within dog training, including obedience and detection. Tara moved to North Carolina, where she worked with Off Leash K9 Raleigh, where she had the opportunity to train dogs of all breeds and sizes, with different behavior issues. She recently moved to Texas and opened All-Around K9 Training with her husband.

Gary grew up always having dogs in his childhood. He was first introduced to canine training in high school, where friends introduced him to various types of hunting with dogs. Many friends used dogs for hunting raccoons and retrieving waterfowl. A local trainer forwarded the opportunity to assist field trials for competition hunting dogs. Infield trial competitions dogs retrieve ducks and other games over long distances with a more complicated path through ponds and fields. After experiencing the fantastic capabilities, these dogs had Gary very interested in pursuing canine training as a hobby.

After college in 2007, Gary joined the Marine Corps, where he became a Military, Working Dog Handler. He then attended a Specialized Search Dog course, where the primary mission is to deploy and support units overseas. These units searched for explosive devices and weapons caches off-leash and at greater distances utilizing radios to communicate with the canine at a distance of up to a half-mile away. After deploying in support of Operation Enduring Freedom, Gary attended selection for the Marine Corps Special Operations Command (MARSOC). He graduated as a Multi-Purpose Canine Special Operations Enabler in 2012. While at MARSOC, Gary continued to deploy worldwide in support of special operation forces teams. He achieved his Multi-Purpose Canine Master Trainer qualifications by attending many trainer courses, seminars, and conferences. His education comes from some of the most world-renowned training facilities. He was trained at the department of defense military working dog school aboard.

He helped start, test, and create the MARSOC MPC jump program where Marines are training to parachute with canines and essential combat gear into remote areas of operation. Gary also competed in the American Working Dog Olympics 2014-2016 against over 150 competitors from 4 continents where his team placed in the top three for over 75 events. Gary is currently stationed aboard Lackland Air Force Base and is serving as an instructor for the
Specialized Search Dog and Combat Tracking Dog courses where he trains, certifies, and prepares Marine dog teams to deploy for worldwide operations.

During his military career, Gary has completed:

Signup for our newsletter. Its fast, easy, and fun!

We use cookies to ensure that we give you the best experience on our website. If you continue to use this site we will assume that you are happy with it.Accept